Describing the weather in Colombia is a little like the story of the three blind men describing an elephant; it all depends on your perspective, or in this case, your location.

Colombia is an equatorial country sitting on the north-west corner of South America with a land connection, like the stem on a pear, to the isthmus country of Panama.

It’s bordered on the north-east by Venezuela and on the south-west by Peru and Ecuador. Due south is the country of Brazil, which is home to the Amazon River and basin.

Colombia is also the starting (or finishing, depending on which way you’re facing) point of the Andes mountain range, There are in fact three ridges, like the foot of a three-toed dinosaur, pointing north-east, with its heel in Bolivia. The ridges diminish as they approach the Caribbean marshlands and dive into the sea.

What this means is that you can find any weather you want, depending on elevation and distance from the coast. Of course there are two coasts, the Caribbean and the Pacific, to give you even more choice.

The climate in Colombia features everything from arid desert to tropical rain forest and from hot and humid to cold and dry.

For our purposes we are going to identify 5 regions of the country, 4 of them named after the city they contain and the fifth being the whole southern part of the country.

Our cities are Cartagena, Cali, Bogotá and Medellin. The fifth area, with rivers that drain the Andes into the Amazon, comprises roughly half of the country.

Cartagena, on the north shore of Colombia, rests on the Caribbean. As mentioned earlier, the weather is equatorial, and here this means hot all the time, with seasonal adjustments for humidity, rainfall and cloudiness.

Obviously these go hand in hand, and the only constant is the wind speed, which rarely varies from 4 to 8 mph, meaning it’s quite still here.

Rain starts to build at the beginning of May, reaches a peak in June and declines in October. During this time it’s mainly drizzle, with about a 60% chance of thunderstorms at some point each day. This is followed by a period of clearer skies from November to April. Temperatures range from 24 C (75 F) at night to 32 C (90 F) in the daytime.

Cali is nestled in the foothills of the first ridge of the Andes at about 1000 meters (3300 feet) high and about 75 km (20 miles) from the Pacific, which lies across Los Farallones National Park.

The area is classified as sub-tropical and there is little seasonal variation in temperatures in the region. Temperature ranges from 19 C (65 F) at night to 30 C (86 F) in the daytime.

There are seasonal variations in humidity however, and once again you can expect daily rain from April to July, with things letting off a bit until clear skies return in October.

Bogotá  is perched high on the second ridge of the Andes at an elevation of 2650 meters (8675 feet) and is one of the cooler locations in Colombia.

High temperatures run about 19 C (66 F) and lows about 8 C (46 F) all year round. Seasonal variations don’t affect temperature but like everywhere in this equatorial country, affect precipitation.

From May until November there is a 75% chance of precipitation, mainly in the form of drizzle at some point during the day. Thunderstorms will occur as much as 35% of the time.

Things start to clear up from December on but humidity is very high at this point as the fallen rain begins to evaporate. By January less humid conditions exist until May.

Rain at some time during the day is a given, and a rain jacket and umbrella are your friends, never to leave your side. Remember that spring showers bring summer flowers, if only you could get to summer!

Rainfall is heaviest in April, May and October and lightest in Dec/Jan.

The name of the area tells you it rains here! Average rainfall is 200 mm per month with highs of 300 mm and lows of a meager 180 mm in June and July. This is about 3 times the rainfall you’ll experience in Bogotá, for example.

The southernmost point is the city of Leticia, a major port on the Amazon River. It’s here that Peru, Brazil and Colombia come together.

Colombia Climate in a Nutshell

The major takeaway for the Colombia climate is that it’s tropical and defined by the country’s location near the equator.

It’s hot and wet in most places, cooler in the mountains and more humid on the ocean shores. There’s not much wind to cool things off via evaporation, so the moisture stays in the air, giving rise to high levels of humidity for a month or so after the rains. 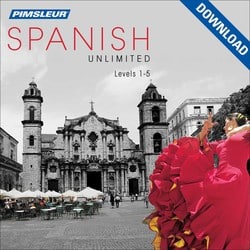 Habla español? If not, this course is for you.